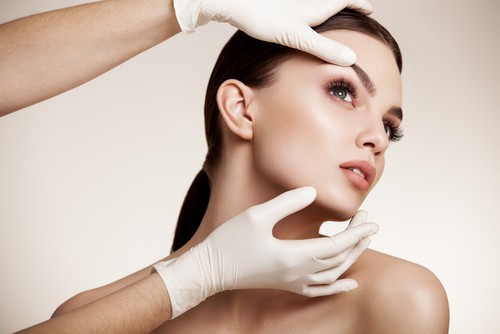 If you are unhappy with the appearance of your face and feel you look older than you really are, you may be considering plastic surgery. A facelift is the most comprehensive and successful way to treat facial lines, wrinkles and sagging caused by a combination of the aging process, environment, and lifestyle factors. However, there are many different types of facelift treatments to choose from, including one of the newest and most innovative Short Scar facelift.

Short Scar Facelift surgery refers to a procedure which corrects muscle and connective tissue on the face using vertical lifting. In doing so, patients can enjoy a significant enhancement in the appearance of the lower two-thirds of their face.

Since limited amounts of excess skin are removed, it is possible to perform the procedure leaving only minimal scarring in the natural crease in front of the ear and in the hairline above it. Patients leave the surgery looking more radiant and youthful and can enjoy an improved appearance in the very same day.

There are a number of different reasons why an increasing number of patients are choosing Short Scar Facelift surgery over the conventional facelift procedure. Some of the key advantages cited include the following:

Conventional facelift surgery is highly invasive and usually takes around four hours. In contrast, the minimally-invasive nature of Short Scar Facelift surgery means that the entire procedure can usually be performed in under three hours.

No need for general anesthetic

One of the most popular benefits of Short Scar Facelift Surgery is that it can be performed using a combination of a local anesthetic and a low-grade sedative, rather than the general anesthetic used in more invasive procedures. This enables you to have the surgery performed as an outpatient in a medical center rather than at a hospital. You also don’t need to deal with the possible side-effects that are fairly common after a general anesthetic, such as nausea, dizziness, and confusion. Instead, the effects of your sedative should wear off fairly quickly, helping you to achieve a feeling of normality within just a few hours.

Faster return to your usual activities

When you opt for Short Scar Facelift surgery, you can look forward to being able to restart your usual activities much faster than you might expect. In fact, most can daily activities can be resumed in less than a week following your procedure. Your cosmetic surgeon will be able to advise you exactly how soon you can start to get back to your usual pastimes.

Short Scar Facelift surgery gets its name from the fact that the incisions that are made in order to complete the procedure are significantly shorter than those used in a conventional facelift procedure. In fact, scarring is so well placed and subtle that many patients report that those around them were shocked to discover that they had undergone facelift surgery.

The results of Short Scar Facelift surgery are long-lasting, but they are also incredibly natural-looking. Since there is barely any traction made on the skin itself, patients avoid that pulled, tight look that is all too often seen in conventional facelifts. The patient looks refreshed and more youthful, but in such a subtle manner that it is virtually impossible to recognize that they may have undergone a facelift procedure.

If you are interested in finding out more about facelift surgery, including the Short Scar Facelift, our knowledgeable team at Elsa Raskin, MD would be happy to assist you. Call our office today at 203-861-6620 to request an appointment.