Conveniently located to serve the Connecticut, New York, and the Tri-State area 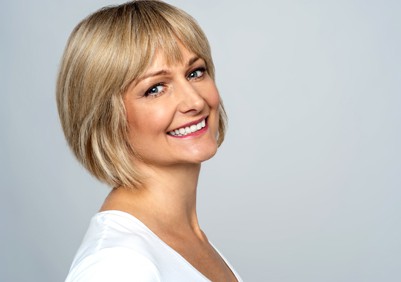 A facelift, or rhytidectomy, is a surgical procedure that aims to reverse the visible signs of aging on the face to create a youthful and natural look. The goal of a facelift in Greenwich is not to change who you are but simply to take you back to a more youthful version of yourself. It is important to mention that a facelift will only treat sagging of the tissues, as such additional treatments may be necessary, like facial fillers, to treat the loss of facial volume or skin resurfacing with photo rejuvenation to treat skin changes secondary to sun damage. In the world of facelift surgery today, there are so many marketing terms and techniques such as the lifestyle lift, weekend lift, and liquid facelift. This can make things quite confusing for the average patient. Most of these “lifts” simply add volume to the face with fillers like liquid lifts and vampire lifts that aren’t even a facelift as most would define it. So let’s try to clear some things up: fillers only fill and face lifts only lift. Although fillers and fat injections have a very important place in facial rejuvenation, any technique that only adds volume to the face is NOT a facelift. 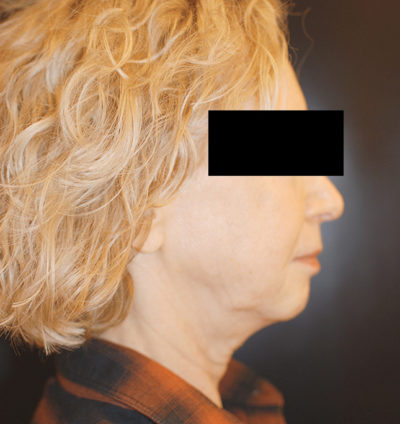 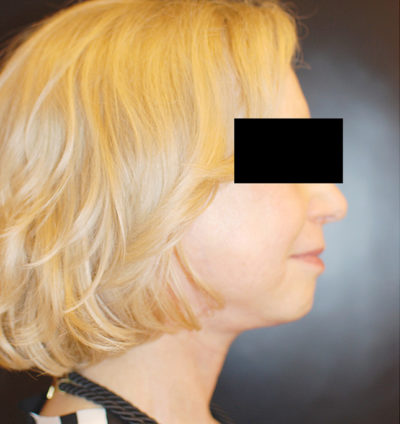 WHY GET A FACELIFT?

As we age, there are many factors that can affect the elasticity and appearance of our skin such as sun exposure, stress, lifestyle, and genetics. For instance, heavy sun exposure and smoking have a strong detrimental effect and can hasten the process significantly. The changes involve all the features of one’s face to some degree. With the lower face, one sees atrophy and sagging of the cheeks which leads to a deepening of the folds between the nose and mouth (nasolabial fold). A loss of a distinct jawline and the formation of jowls can lead to a deepening of the fold between the mouth and jaw (labiomandibular fold). This can be distressing to people who look in the mirror and no longer feel like they are looking at themselves. A facelift, deep-plane facelift, or mini facelift can be the perfect solution for individuals who are experiencing the issues mentioned above. There are different degrees of facelifts and we realize not all patients want an extreme procedure. That is why Dr. Elsa Raskin in Greenwich  offers variations of facelift procedures, including the short scar facelift, the facelift, and the deep-plane facelift.

Dr. Raskin performs facelifts in the privacy of her own office operating room, although some patients request to have surgery at Greenwich Hospital. A nurse is often on duty to watch over you the first night and Dr. Raskin will check on your progress the next day. The results of your facelift performed by Dr. Raskin can take 20 years off your face! Dr. Raskin understands the key to a non-surgical appearing facelift is to avoid skin tension and to restore the anatomy underneath the skin. The method of tightening the deeper soft tissue and muscles under the skin has become the cornerstone of the modern technique of facelifting. This technique is sometimes called SMAS repositioning.

“SHE TRULY DESERVES THE ACCOLADES SHE RECEIVES AS ONE OF THE BEST DOCTORS IN CONNECTICUT.”

I highly recommend Dr. Raskin. I had never been in surgery or done any work, so was nervous about the experience. Furthermore, I work full-time, so could not afford to take a lot of time off. Finally, I wanted to “look younger” without looking like I had any work done. Dr. Raskin accomplished all three things for me: she was extremely reassuring about the operation, I was back at work in two weeks, and all I heard from people was that “my hair looked different”! I would highly recommend Dr. Raskin as the work she did was like an artist. She truly deserves the accolades she receives as one of the best Doctors in Connecticut. J.M., facelift, fillers/toxins

HOW A FACELIFT IS PERFORMED

The facelift procedure in Greenwich involves the use of several small incisions made around the temples, ears, and if needed, under the chin. The skin is then separated from the fat and muscle and any excess fat is removed. The loose facial muscle tissue is tightened and then the skin is pulled back into place, with any excess skin removed. These surgical incisions around the ears can commonly be combined with a short incision below the chin to also perform a neck lift. The facelift procedure requires an outpatient visit and patients typically stay in the hospital for about a day. The procedure sometimes takes several hours and can potentially require two separate visits. The modern-day facelift primarily lifts tissue in the lower face producing an improvement in the appearance of sagging cheek tissue, around the mouth, and jawline (jowl). Dr. Raskin also specializes in upper lip lift that gives the patient immediate upper lip fullness and rejuvenation. This procedure can even be done during a facelift or as a separate procedure under local anesthesia.

WHAT IS A DEEP-PLANE FACELIFT?

After the procedure in Greenwich, a drainage tube may be placed behind your ear and your head may be wrapped in bandages. These will both be removed the day after surgery. Pain is minimal although your face may be bruised, swollen, or numb for a few weeks. Stitches are removed after about five days, with sutures potentially needing additional healing time. It’s important to not partake in any strenuous activity for at least a week post-op, and you must be extra gentle with your hair, hairline, and face. Most patients look and feel better after three weeks and many can return to work after two weeks.

WHAT PROCEDURES PAIR WITH A FACELIFT?

As we age, the skin thins and the fat atrophies and deflates and the underlying facial bones lose volume and projection. Having small or flat cheekbones or a weak chin can accelerate someone aged appearance. As a result, more complex facial rejuvenation such as fat grafting or laser resurfacing may be done in conjunction with a facelift. In addition, some patients chose to have their upper and lower eyes rejuvenated in the same surgery. Too long of an upper lip can also be addressed by a lift which will greatly improve your smile.

IS THERE AN AGE LIMIT FOR A FACELIFT?

There is no ​age limit​ for a facelift as long as your health allows and your internist has cleared you for surgery. The procedure is done under twilight anesthesia with very little risk. A standard facelift is best when someone wants to correct excess skin in her neck area. The ideal patient here is in their mid-fifties, the sixties, or seventies. The procedure addresses the same areas as a mini facelift and also jowls, loose neck, and vertical bands. An additional incision might be necessary under the chin to correct the platysma muscle. The short scar facelift is best suited for patients in their forties and fifties.

WHAT IS THE COST OF A FACELIFT?

Though pricing can vary significantly based on the scope and individual needs of the patient, the typical price range is $10,000-$12,000. 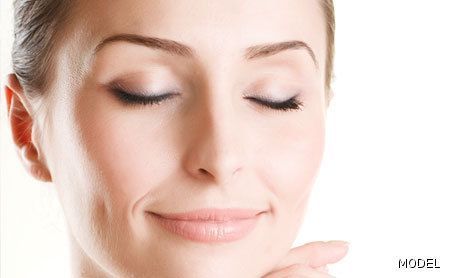 For patients who are starting to see moderate signs of facial aging, Dr. Raskin offers a popular cosmetic surgery known as a mini facelift in Greenwich. A mini-facelift is done for patients who are looking to rejuvenate primarily their lower face and jowls. The main difference between this type of rejuvenation and a full facelift is the length of the scar. The mini lift or also called the short scar facelift has most of the incision in front of the ears and does not extend to the sideburns and back of the neck like most traditional facelifts. This short scar facelift is best suited for patients in their forties and fifties. A mini facelift is a type of cosmetic surgery that focuses on improving the visible signs of facial aging. However, unlike a traditional facelift which also includes cosmetic surgery to improve the appearance of the neck, a mini facelift purely addresses problems with the lower half of the face – such as sagging jowls and lines from the nose to lips and/or lips to the chin. Smoothing and tightening the skin in this area will give you a more defined jaw, sculpted cheeks, and fewer lines and wrinkles. Dr. Raskin‘s comprehensive approach will give you the most natural and youthful results. During your consultation, she will specifically address your needs as no two patients are the same 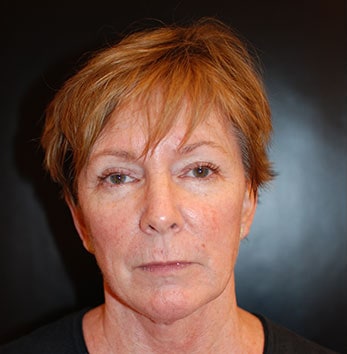 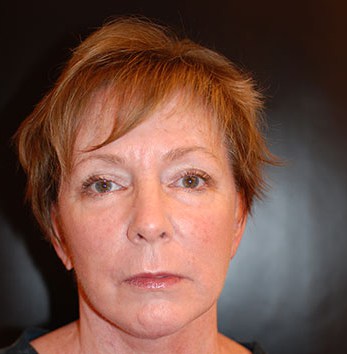 BENEFITS OF A MINI FACELIFT

Just as with other facelift procedures, a mini facelift is designed to make improvements to the appearance of your face. By tightening the skin, you can not only benefit from reduced lines and wrinkles, but you can also add more definition to your face. Most patients find that they look refreshed, rejuvenated, and significantly younger than they did before. Feeling happier about your appearance can also have a positive impact on your confidence and self-esteem, and many patients report that this can continue through into both their professional and personal lives.

The mini facelift procedure is relatively straightforward and performed using a general anesthetic, meaning that you will not feel any discomfort during your surgery. In most scenarios, a mini facelift procedure requires two incisions, one on each side of the face, following the natural crease in front of the ears that runs from the bottom of the ear lobe to the hairline. The skin is then pulled tighter across the face where it will adhere to the contours, smoothing out any sagging or wrinkling. The skin is then secured using sutures.​​​​​​​

IS THE MINI FACELIFT RIGHT FOR ME?

If you are considering a mini facelift in Greenwich to help you achieve a fresher, younger appearance, you will need to attend a comprehensive consultation appointment so that Dr. Raskin can assess whether you may be a good candidate for the procedure.

Mini facelifts may be performed in Greenwich as an outpatient procedure, meaning that you can go home the same day. You will need someone to drive you and stay with you for at least 24 hours. It is normal to experience some swelling, bruising, and discomfort in the days after your surgery. You will be prescribed medication to help alleviate these symptoms. You can also expect to be asked to attend a post-operative check-up around 48 hours after your procedure. Most patients can return to work and most of their usual day-to-day activities within a week of their mini facelift. However, the bruising and swelling can last for several weeks, and some patients prefer to wait until these have subsided.

Like all surgical procedures, facelift surgeries come with potential risks. These risks include hematoma, permanent nerve injury, infection, negative reactions to anesthesia, and abnormal scarring (this risk is seven times more likely in smokers). These risks very rarely occur, and Elsa Raskin MD has a highly trained staff, years of experience, and an excellent record of success, so you can be assured that you’re in good hands.

To schedule your consultation regarding your facelift in Greenwich and start the journey to a vibrant, more youthful, and more confident version of yourself, please call our office today at 203-861-6620.

BENEFITS AND RISKS OF FACELIFT SURGERY

While cosmetics can help cover or change the appearance of some of our features, the effects of all of these solutions are only temporary. Our faces are the biggest betrayer of our advancing years and those people who feel unhappy with the common effects of aging, like sagging skin, fine lines, and wrinkles may feel that their confidence and self-esteem… Read More